Chaotica is an environment for creating and rendering fractal art. The most fundamental trait of a fractal image is geometric recursion, and the resulting "self-similar" structure where a certain pattern or design can be seen on many different scales.

This is often seen in nature, as for example in plants and geographic features: 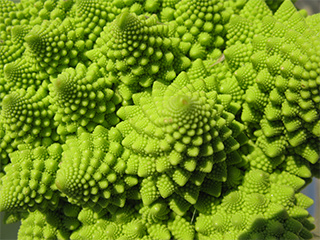 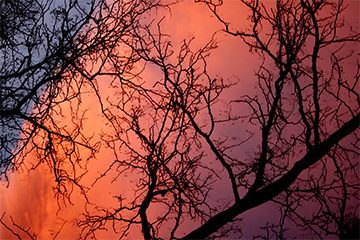 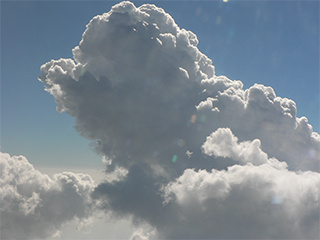 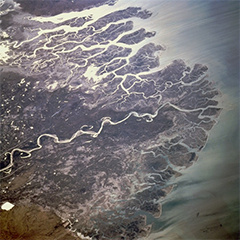 An Iterated Function System (IFS) is a particularly powerful mathematical model for making fractal images, with an extremely (inconceivably!) large design space, i.e. it can create an enormous variety of unique and interesting images.

In the following sections, the IFS model in Chaotica is introduced, and the role of imaging settings in making great fractal art explained.

The IFS process can be simply described by the following diagram of a feedback system: 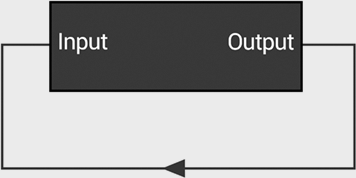 The output of some system (usually referred to as a "black box", to deliberately abstract its complicated inner workings) is fed back into its input, forming a feedback loop (or system).

Feedback loops are also commonly found in nature, and if you've ever heard the effect of placing a microphone near an amplified speaker or seen the effect of pointing a video camera at its output display, you have already experienced two common behaviours of feedback systems:

Imaging settings are the settings which control the final colour reproduction from the raw IFS output. It is essential to control the overall brightness and contrast for a high quality result, and this requires some artistry in finding the right combinations of colours in the gradient, and shaping the result with the colour response curves.

‹ Manual up Getting Started ›